I’m not one of these readers who has been fascinated by magical realism for two decades. I first heard the term last year, in reference to Haruki Murakami. I’d only read Norwegian Wood and What I Talk About When I Talk About Running, so I brushed the term off. It was only when I started to research his other novels that the term kept reappearing in reference to both Murakami and some of the most popular Latin American writers. It was hard to find a single definition, but eventually I brushed it off as little more than, a way non-western, non-white’s see the world. To put it crassly, “the Magical Negro’s hip literary Latin cousin.” This negative misperception was only intensified when I heard a podcaster wonder aloud, “why are we reading Murakami, we are supposed to be reading literary fiction not ethnic fiction.” It wasn’t an auspicious beginning to my relationship to the word or the literary community as a whole.

Then I began work on a novel that was blurring the line between the normal reality and the reality of someone whose ancestral religion was invading that reality. My novel was in the current world with current beliefs. There was nothing in it that felt like fantasy. Hearing your ancestors talking to you wasn’t something made up to me. It was an intrinsic part of my familial DNA. It was real, yet… it wasn’t. Anyone not familiar with African traditional religions could look at the story and wonder if it was fantasy. It wasn’t though… I was trying to show how I see the world, not create a new one. So I went digging and found a branch of Magical realism used for African literature called Animist realism. The hole kept getting bigger, and yet I still bristled over the word as a book written from a Christian point of view wouldn’t be considered Magical realism. “What is this thing,” I thought. After falling into a deep internet hole, I almost have a definition.

The term Magical realism was first used in reference to art in the 1925 by the German art critic Franz Rohs. It was used for works that looked at reality in such a hyper real way that it was almost surreal. Rather than the magic of the subconscious, this was art that attempted to express the magic inherent in our world. 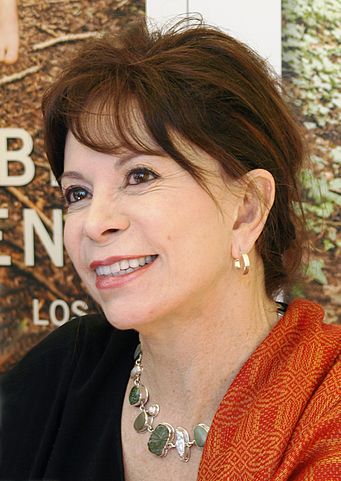 The term moved quickly from being applied to the visual arts to literature influencing Latin writers such as Jorge Luis Borges, Gabriel Garia Marques and Isabelle Allende. These writers are where I’ve heard the term most frequently used as Latin American literature is currently enjoying international popularity, but the matter of fact portrayal of magical events lends itself easily to many cultures.

As I researched the definition of Magical realism, I discovered that many of my favorite and most spiritually challenging films were in fact classified as magical realism. I can’t forget sitting in a theater at 17 years old watching Like Water For Chocolate, or the way my skin tingled after watching Amelie. My way of seeing the world was permanently changed because for once, I recognized the way I saw the world through another artist’s eyes.

So what is Magical realism? I’m sure there are doctoral theses written on the subject. For me, it is any art that shows reality in such wonderful focus that it retains the magic of reality. It is a book or movie or film version of waking up and seeing the world before you are so awake as to remember what is real and not real. Ask me what magical realism is 50 times and I’ll give you 50 answers. I’m still deciding, but I’m also enjoying the journey to figuring it out.