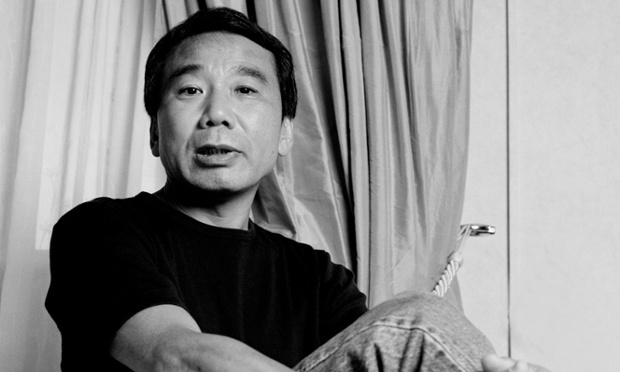 Haruki Murakami, like his protagonists, is not drawn to crowds or fame. When asked by the Paris Review if he has any literary friends, he responded with “No, I don’t think so.” When pressed, he elaborated

I’m a loner. I don’t like groups, schools, literary circles. At Princeton, there was a luncheonette, or something like that, and I was invited to eat there. Joyce Carol Oates was there and Toni Morrison was there and I was so afraid, I couldn’t eat anything at all! […] I just want to have . . . distance.

Murakami’s preference for distance has left an impression on his writing, which features recurring themes of alienation and loneliness. His work is frequently melancholy, marked by fatalism, and tends to the surreal. His fiction is heavily influenced by Kafka, but it is not bereft of humor. Quite on the contrary, Murakami’s dry humor shines through the melancholia, in part due to his admiration of the American satirist Richard Brautigan.

In addition to Kafka and Brautigan, Murakami names Chandler, Vonnegut, Salinger, and Kerouac as early influencers, as well as Western classical and jazz music. His taste for Western culture falls out of step with his parents’ profession. He was born in 1949 to two professors of traditional Japanese literature.

Their love of both traditional culture and writing did not immediately pass down to their son. Murakami began writing fairly late, at the age of 29, but his appreciation of the arts was fostered early. He studied drama at Waseda University in Tokyo, where he met his wife Yoko whom he married at age 23. Although Murakami does not claim any writers in his social circle, he compares Yoko as the Zelda to his F. Scott Fitzgerald — his first reader, trusted advisor, and confidante.

By age 29 he was running a jazz club in Tokyo named Peter Cat, much like the protagonist of his later novel South of the Border, West of the Sun. According to an oft-repeated story, he was inspired to write his first novel, Hear the Wind Sing (1979) in 1978 while watching a baseball game in Jingu Stadium between the Yakult Swallows and the Hiroshima Carp.  When American Dave Hilton hit a double, Murakami suddenly realized that he could write a novel. He went home and began writing that night, and completed Hear the Wind Sing in ten months. He sent it off to the only literary contest that accepted a work of that length, the Gunzo Award, and, naturally, won Best First Novel.

Several of his works have been adapted for film or stage, including a 75 minute film adaptation of this week’s story “Tony Takitani”. The film played at various film festivals and was released in New York and Los Angeles on July 29, 2005.

As Murakami tells it, he was intrigued by the name Tony Takitani when at a garage sale in Hawaii he found a yellow T-shirt that said, “Tony Takitani, House (D).” At the time, Takitani was running for office. Murakami decided to write the man’s life story.

Early in his career, Murakami maintained a position of social detachment, refraining from commenting on social or political issues. But he credits a stay in the United States in 1991 as changing his position from one of detachment to commitment. His early books, he said, originated in an individual darkness, while his later works tap into the darkness found in society and history.

This shift is reflected in both his work and his public life. The Wind-up Bird Chronicle (1995) is considered his first socially conscious book, dealing in part with war crimes committed by the Japanese in Manchuria. This is a topic which stays with Murakami to this day, as evidenced by his April 2015 call for Japan to apologize for the atrocities committed against China, Korea, and other countries during WWII.

His social consciousness extends beyond socio-political awareness to individual intimacy and care. In interviews, Murakami stresses the importance of being kind to his readers and serving their needs in his writing. In 2014 he launched an advice column where he personally answers fans questions about their everyday lives, from how to navigate sticky social situations to, of course, love. 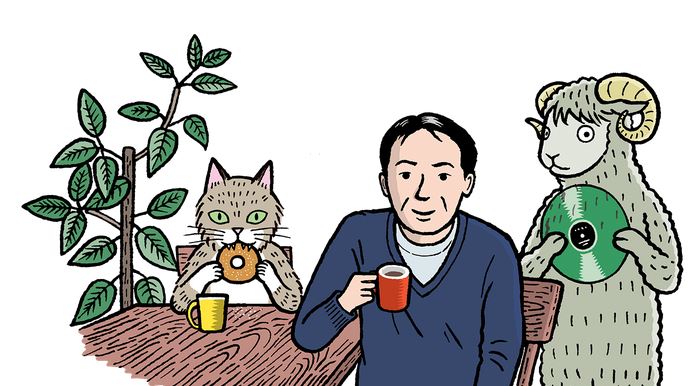 “I can’t think of another writer alive today with the kind of intimacy he has with his readers — and he takes it very very seriously,” says Roland Kelts, a journalist who has previously written about Murakami for The New Yorker.

Although his advice column is written exclusively in Japanese, the Washington Post has written a piece with translated excerpts that capture the quaintness and sincerity well.

His commitment to people has made him a natural choice for Time’s 100 Most Influential People in 2015. Writing for Time, Yoko Ono states

He is a writer of great imagination and human sympathy, one who has enthralled millions of readers by building fictional worlds that are uniquely his. Murakami-san has a singular vision, as informed by pop culture as it is by deep channels of Japanese tradition.

A list of short stories by Murakami and published by the New York can be found here.