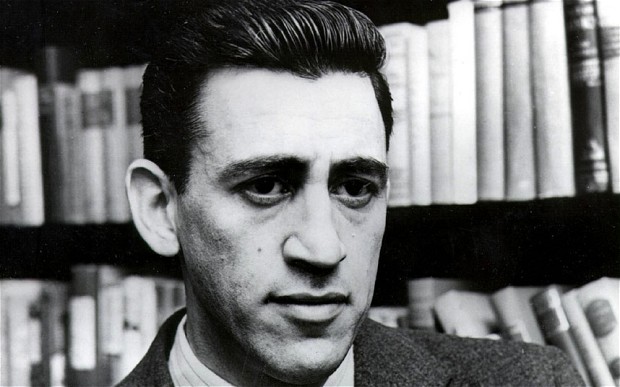 Jerome David Salinger, also known as JD Salinger, was born to wealthy parents in New York City in 1919. He discovered a love and talent for writing early, and began writing short stories while in secondary school. He continued writing and had many short stories published before he went to Europe and served in World War II. Upon his return, his short story “A Perfect Day for Bananafish”, published in 1948, received critical acclaim. The Catcher in the Rye, his only full length novel and the work for which he is best known, was published in 1951 and was met with immediate success and critical acclaim. Being a private person, he struggled with the fame that this work brought him for the rest of his life. After the release of The Catcher in the Rye, he became reclusive and published work less frequently. In 1953, however he published Nine Stories, a collection of short stories that includes “The Laughing Man”, our story up for discussion this week.

Salinger often wrote about youth; he himself has been quoted as saying; “I almost always write about very young people”. His writing is renowned for its  realistic and sparse dialogue, and often deals with innocence and adolescence, the disconnect between genuine children and phoney adults, and the corrupting influence of Hollywood and the world at large.

Salinger died of natural causes in 2010. He left behind several unpublished works that according to a biographer are scheduled to be released on a set timetable from 2015-2020.

Editors note: This article only begins to touch on the interesting subject of JD Salinger. From banned books and murderers to teenaged lovers, I recommend both the following film and the Documentary Salinger available on Netflix.