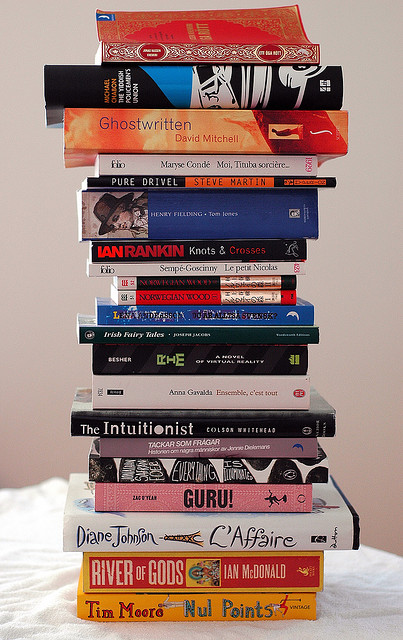 What Is Literary Fiction, and When Did It Become Popular?

These days, the boundaries between genres is blurred, yet, one type of fiction stands out—literary fiction. Although difficult to define absolutely, it is nevertheless important to be able to identify it and track its course through the history of writing.

CC Ruminatrix no changes made

One definition I like is that literary fiction is work that would be read “in college English classes” as opposed to “the grocery checkout line.” Literary fiction, to me, needs the reader to make some effort into understanding everything the author is trying to convey. The story isn’t laid out in simple chronology, a sort of ‘this follows that which follows the other’ style. It isn’t about solving a problem.

See what I mean about it being difficult to define?

The Epic of Gilgamesh is considered to be the first great work of literature, and dates from around 2100BC. The epic poem was based on Sumerian tales, and was later recorded on stone tablets,the oldest known belonging to the Babylonians in 1800BC. .Thus this tale became a written story ready to inspire others.  Many later writings, including those recorded by Homer, were based on the Epic of Gilgamesh.

But in contemporary times, when we talk about literary fiction, we’re referring to the type that can be mass consumed. Mass consumption of literature was made possible by Johann Gutenberg’s invention of the printing press in 1455. This allowed books to move from the possession of the select, and rich, few, to a mass market. William Caxton was the first British printer, and his first product was Chaucer’s Canterbury Tales in 1478 – a book comprising 20 individual stories, each told from the perspective of one of the pilgrims in the story. This could be construed as one of the first pieces of literary fiction to be made available to a mass market.

The novel struggled to gain a reputation. Its competitors were travel books, memoirs, biographies and the like. Novels were frowned upon, much as ‘chic-lit’ or ‘romance’ might be frowned upon nowadays, as not being ‘proper’ writing. That changed with the publication of Middlemarch by George Elliot, in 1872, cited as the first novel you didn’t have to be embarrassed about reading. “Popular fiction” was born.

Over the next several decades, writing and publishing became a boom business. Novels, and writing generally, began to be categorised into genres. It helped bookstores, and ultimately, it helped book buyers, too. This is something which continues to this day.

It wasn’t until 1924 that Virginia Woolf complained that: “The big-time novelists have developed a technique of novel-writing which suits their purpose; they have made tools and established conventions which do their business. But those tools are not our tools, and that business is not our business.” For the first time, an author wanted to distance themselves from popular literature and create a ‘higher level’ of fiction writing. From the New Yorker: “In reaction, they created a different kind of literature: one centred on inwardness, privacy, and incommunicability.”

And thus, literary fiction as a single, semi-definable, category was created.

But with the opening up of the publishing world to self and independent publishers, the strict genre classifications have morphed and blended. When it seems that there is a genre for every taste out there, does literary fiction still have a place in our modern society?

Well, of course it does! The market for short, literary fiction used to be limited to literary and art magazines, and an occasional anthology. Fixed printing costs meant that short-run literary works were expensive to produce, and had difficulty reaching a larger market. We now have ebooks, which cost nothing to print, and can cost nothing to produce, which opens the market wide. What we’re trying to do here on the Literary Roadhouse is to bring accessible literary fiction to that wider market.